In 1921, Wong Ah Look applied for a return certificate for her son, Chin Wah Pon 陳華泮. She presented his Oregon State birth certificate stating that he was born on 6 July 1916 in Portland. She was leaving for China with Chin Wah Pon and her other children, Chin Wah Ching (James), age 3; and Chin Oy Gim (Marguerite), age 2 months. It was alleged that her husband, Chin Ten/Ton, the father of the children, absconded with a large sum of money and his whereabouts were unknown. Wong Ah Look did not plan on returning to the U.S. so she gave the immigration office her Certificate of Identity to be cancelled.

Their applications were approved and they left for China on 15 October 1921.

James Chin and Marguerite Chin both returned to the U.S. in 1939; were married and living in Seattle, Washington. Chin Wah Pon, also known as Frank Chin, [marriage name Moon Sin] arrived in the United States via Seattle in June 1940. He was a school teacher in China and hoped to continue teaching in the U. S. He married Wong Shee and they had three sons. J. P. Sanderson, Immigration Inspector, asked the following questions about their sons:
“Is it your understanding that it is customary for American Citizen Chinese to claim that all their children are sons, until after five sons are born?” [Answer: “I don’t know about that.”]
“What are the names of your three alleged sons?”
“Do you expect that another son will be born to your wife in the near future?” [Answer: “No.”]
Chin Wah Pon was admitted to the U.S. at Seattle. The Immigration Chairman concluded that his birth certificate was legitimate; he had some of the same identification marks as the person in the 1921 application; and the ears in the 1921 photo appeared to be the same as those of the applicant in the 1940 photo. 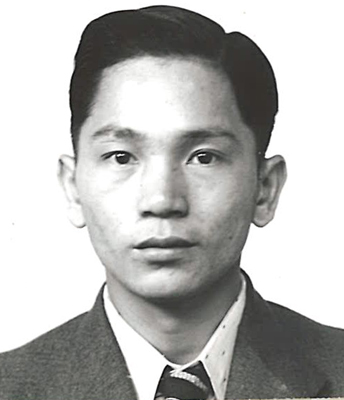 The reference sheet in his file includes the file numbers for his parents, three brothers and a sister.