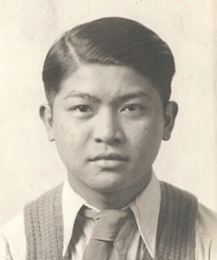 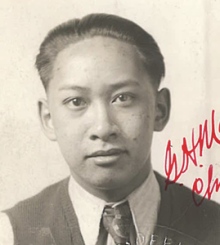 George Mar was born on 19 February 1915 but his birth certificate incorrectly states that he was born on 29 March 1915. He was applying for his citizen’s return certificate so he could be employed by the Dollar Steamship Line on their steamers to the Orient.

James Mar (Mar Jim Sing), George’s younger brother, was born 29 May 1916. He presented his Seattle birth certificate #12786 as evidence of his citizenship. He was applying for employment with American Mail Line and hoping to go to China with the company.

When they applied their father was visiting China and their mother, home in Seattle, was a witness for both of her sons. Their Form 430, Application of Alleged American Citizen of the Chinese Race for Pre-investigation of Status, was approved. They visited their father in Hong Kong and returned to Seattle on the S.S. President Taft on 12 July 1932.

Additional information not in the file:
Their brother Roy S. Mar, DDS, died in Seattle on 14 March 2018. According to his obituary in the Seattle Times, 25 March 2018, page B4, Mar served in the U.S. Navy and became the first Chinese American to graduate from the University of Washington Dental School.
Obituary of Roy S. Mar

Their sister, Ruby married Edward Shue Ping Chow. They established the celebrated Ruby Chow’s restaurant in Seattle in 1948. Ruby helped create the Wing Luke Museum and became the first Asian American elected to the King County Council in 1973. She died in 2008.